In the morning, I went to Kabd Reserve after I had obtained a permit. I searched for the Black-crowned Sparrow-Lark, but it seems that the good rain we had last year had given then the chance to move to another place. I saw none at all, but I will give a try again, they might come back.

When I went to Pivot Fields afterwards, I saw the Sociable Lapwings feeding with the Northern Lapwings. Above them were two Imperial Eagles flying low and perching on pylon nearby. Another flight and they were flushed to go to a far place.

In the following photograph there are three Sociable Lapwings! Can you see them? If you do write in the comment below where. 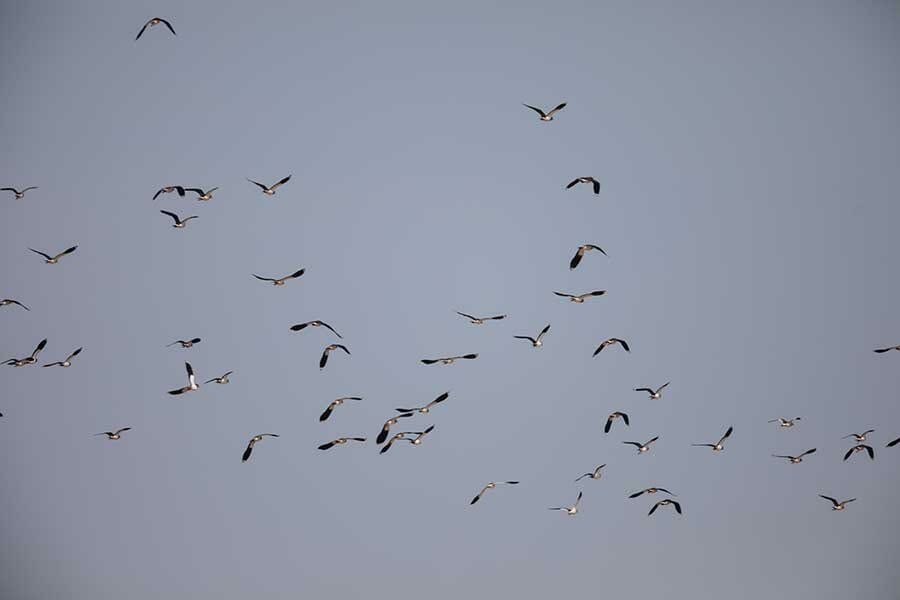